Steve's friend Dave Bonner sold him a set of disco decks so he decided to become a mobile DJ working in South East London, his first gig was in the White Swan Lee Green two nights a week and then the Centurion Pub Deptford High Street on a Wednesday evening playing music for the strippers an eye opener for him. He was an ardent clubber so the next venue was the Black Bull in Lewisham that was Go Go dancers and strippers on a Thursday this was a bigger eye opener as the ladies got changed in the DJ box right next to Steve, he behaved himself by this time he had regular work in 15 of the big London pubs several down the Old Kent Road, he was now getting recognised as a true professional.

Steve was offered a berth on Radio Caroline the pirate broadcasting ship turned it down, he had regular work as a DJ at the Bon-Bonne soul nightclub in Hern Hill after beating seven other wannabes to get it, also DJing in Soho China Town at the Whisky A Go Go Club this became an in place for top acts and bands after it became the Wag Club much later.

He was a big player on the party scene at wedding receptions and birthdays and still working in pubs and clubs, looking for an opening in the City where they were paying big bucks, Steve got himself booked to do Chelsea player of the year at Novatel in Hammersmith, it was a great success and he carried on working for another 13 years at Chelsea till 2003 when Ken Bates left, he lost his contact at the club. During that time Steve DJed at all Chelsea Football Club's parties and events so when Kevin Hitchcock the Chelsea goalkeeper's testimonial was booked at the Royal Garden Hotel Kensington he covered it Sugsy from Madness was there and working with Steve sang several numbers to every ones delight, the banquet manager Paul Cookson asked for a card and Steve became their recommended company for parties for the next six years.

He was booked to entertain at the Honourable Artillery Company City Road for a firm of Lawyers did the gig and then got the Butchers Hall the Banquet Manager recommended him to his boss and Steve was now working for Chester Boyd the Queens Caterer at the Livery Halls in the City of London, he then decided to train as a Toastmaster he passed his test 94% and used the knowledge gained from the training when entertaining at wedding receptions in and around the City of London.

That's when Steve started working full time in the entertainment industry as a professional mobile DJ, he booked mobile DJs to cover the gigs he could not do soon there were seventeen working on a regular basis this carried on for a number of years however there were problems, all of the DJs had day jobs and limited time after they finished work on one occasion on Christmas week all 17 were booked into the City of London and Tower Bridge was raised early evening 3 of the DJs were trapped on the wrong side if they had left home on time there would not have been a problem, all were up to a professional standard but some still managed to ignore their clients music requests, Steve decided to cut back bookings only accepting gigs for himself eventually he became the only one working on a regular basis, big sigh of relief no more phone calls in the middle of a gig saying the DJ could not work or he was running late.

Steve has moved from London to SW Devon he enjoys life in the country and has regular DJ work at Bicton Equestrian Arena Exmouth also DJing at The Union Inn Stibb Cross & now the recomended DJ for a top class function and events venue in Westwood Ho called Pier House Wedding Venue, he is available to hire for celebrations and functions where ever it is and more than happy to organise your event in person to make it a success, if you don't call him then how can you be sure of having a great party or corporate event! 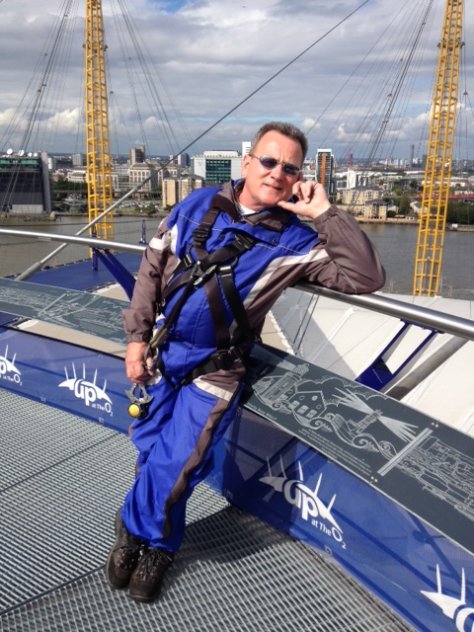